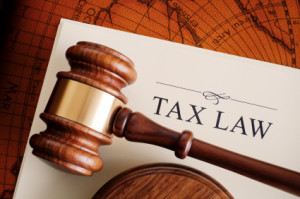 In a statement, Whitehouse said the legislation seeks to “limit the ways corporations can game our tax system by moving jobs and assets abroad.”

He said the bill would close a number of tax loopholes, eliminate incentives for US companies to move assets and operations offshore, and make it harder for companies to avoid US tax liabilities through cross-border mergers. “It would also give the Government new tools to crack down on the use of illegal tax shelters,” he said.

The Stop Tax Haven Abuse Act would close a number of tax loopholes and help the Internal Revenue Service (IRS) identify foreign tax shelters. According to Whitehouse, the bill would discourage corporations from inverting by deeming the product of a merger between a US company and a smaller foreign firm to be a US taxpayer, no matter where in the world the new company is headquartered.

In addition, he noted that, under current law, a company can choose to defer paying taxes on profits, while deducting the expenses incurred to produce the profits. “The bill would require companies to delay taking deductions until they pay taxes on the related profits,” he said.

“Right now, companies are allowed to simply “check the box” on an IRS form and pretend that some of their foreign subsidiaries don’t exist for tax purposes. The bill would repeal this nonsensical rule.” The bill also deem corporations worth USD50m or more that are managed and controlled in the US to be US taxpayers.

Whitehouse added that the bill would make it easier for the IRS to obtain the names of the owners of suspicious foreign bank accounts. It would also increase penalties for corporate insiders who fail to disclose offshore dealings.